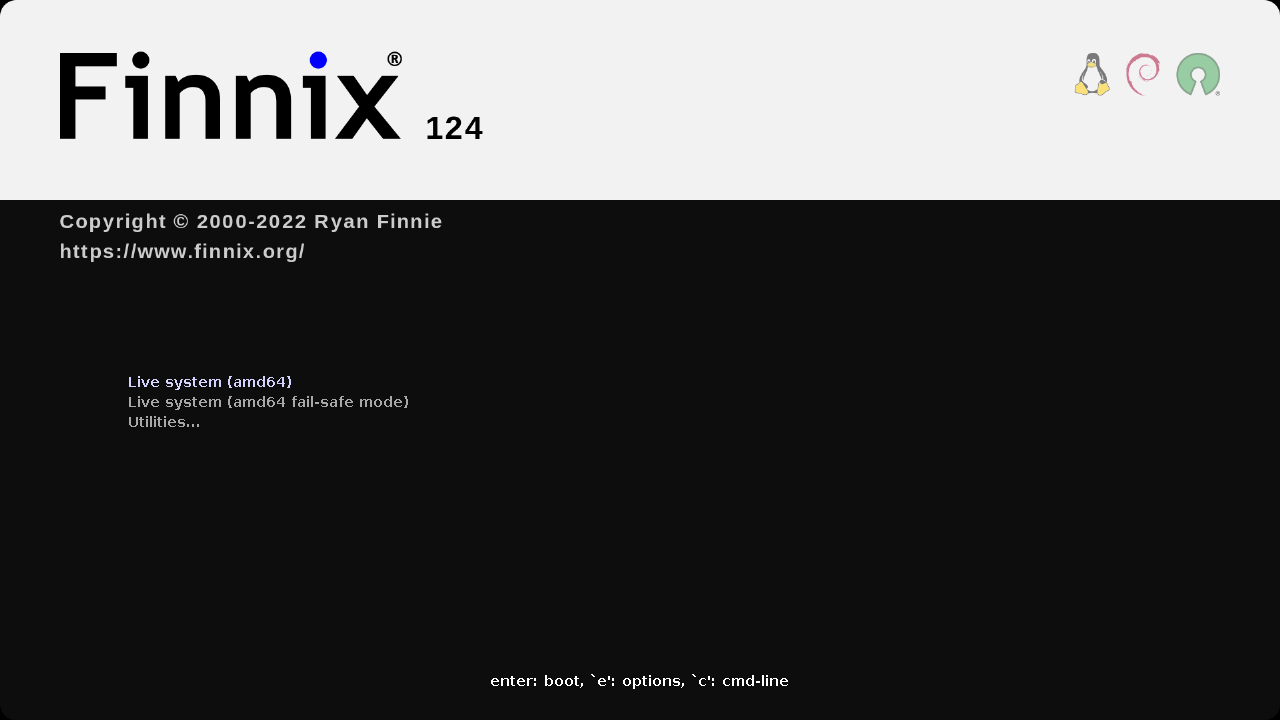 Today marks the release of Finnix 124, the original utility live Linux distribution. Expanding on Finnix 123 from six months ago, this release also celebrates the 22 year anniversary of the first public release of Finnix, version 0.03 on March 22, 2000.

As a quick follow-up to the previous post in October, a promised update of documentation and release data is now available. The finnix-docs repository has a number of pieces of current documentation which have been ported over from the old Finnix wiki.

In addition, release data is now available in a consistent machine-parsable JSON format. When Finnix releases are made, a number of third party new and review sites would pick up on the announcement, and extract data from the release notes and software package lists on the wiki. (And in the package lists’ case, it was literally a text dump inside a wiki article.)

This new system should be more useful for data aggregators. It is expected that the blog post will be the canonical announcement page, and all additional data can be extracted programatically from the finnix-docs repository. This includes all prior Finnix releases, going back to Finnix 0.03 in 2000.

Finnix 124 will likely be released in the next few weeks, likely in March, but I wanted to make this announcement ahead of time to allow sites which relied on the old wiki site to switch over their processes ahead of the Finnix 124 release.

For the past 15 years, the main Finnix web site, finnix.org had been a MediaWiki site, being used as a CMS. Actually, for the first few years, it was a public wiki which anyone could edit, but spammers ruined that. But as of today, the site has been relaunched, as a single, simple HTML page which provides the essential information to download and use Finnix.

There were a few reasons I wanted to do this:

I do plan on utilizing the (currently placeholder) finnix-docs repository on GitHub to add back some (relevant) documentation in the future. I will also be using the repository to have a source of machine-readable Finnix release information, including package information in each release. There are several sites which track Finnix releases and I want to make it even easier for them. Expect that update sometime before the release of Finnix 124 early next year.

As for the previous site, all content has been preserved as a MediaWiki dump on archive.org, as well as via the Wayback Machine.

Today marks the release of Finnix 123, the LiveCD for system administrators. Expanding on Finnix 122 from six months ago, this release includes a number of fixes, new packages and new features. From the Finnix 123 release notes: 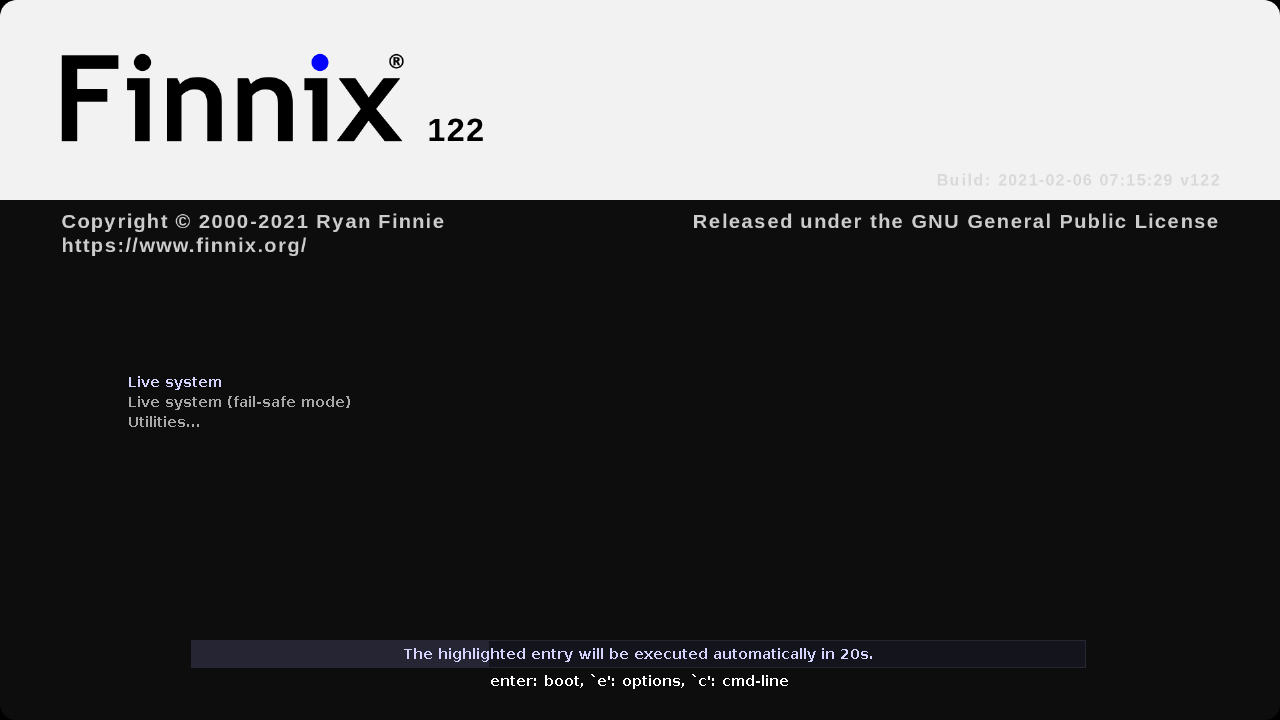 Today marks the release of Finnix 122, the LiveCD for system administrators. Expanding on Finnix 121 from six months ago, this release includes a number of fixes, new packages and new features. From the Finnix 122 release notes: